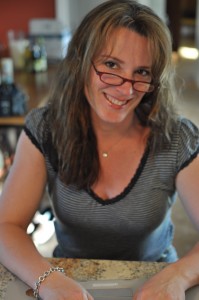 Barbara E. Hill is a life-long reader and writer of Science Fiction and Fantasy.  She launched her writing career when she was 7 years old with her short story “Petunia Potapetal.”  After completing this seminal work in first grade she took a short break to embrace puberty.  It took a while to sort it all out, as these things do, but she prevailed.  By most accounts it was a successful outcome.

Barbara received her B.S. in Organismal Biology from the University of Kansas (what better way to learn how to create realistic space aliens) and went on to finish her M.A. in Creative Writing under the direct tutelage of James Gunn in the early 90’s. She minored in the study of medieval, Arthurian, and Shakespearean literature and as a result much of her work has a dark ages feel.  She is the author of SONG OF THE LAMKEE and is now working on Book Two: SHADOW OF THE PHADES due to be released in 2023.  She is also working on a new novel project, REVELATION as well as a series of short stories set in the Erebis world.

Barbara lives in an antique two-story Victorian house that hosts a few ghosts with very progressive thoughts on how to live with humans. Among other things, this paranormal situation creates a bubble of magic that seems to be a beacon to any critter that needs human intervention. It usually means food, shelter and ridiculous veterinary bills. When she isn’t writing, this modest but charming home keeps her busy with gardening, decorating, and fixing whatever the critters or ghosts have chosen to meddle with.

She began NobleFusion in the dawn of 1994 and holds the expanded collective as her favorite authors and the Principle Founders among her closest friends.